Outsourcing software development has proven to be an effective and money-saving way of dealing with the general shortage of quality software engineers. By hiring freelance software developers remotely, you can save time and energy and optimize your costs. You can read more about the advantages and possible challenges of hiring remote software developers here.

Before you start with the hunt for the best freelance software engineer for your team, you should learn more about which countries are the best to outsource software development to. But what does make a country an ideal outsourcing destination? It is a combination of a large, experienced talent pool, high-quality technical education system, good language skills, reasonable rates, and developed IT market. Additionally, you might want to consider cultural disparity as well as time difference, since both of those factors have the potential to either make the cooperation easier or more difficult.

In our survey we decided to take a closer look at a mixture of more and less popular outsourcing locations to create a new and fresh perspective on the debate about the best software development outsourcing destination. Below, you can find a comparison of software development standards in Colombia, Brazil, Germany, the Czech Republic, Slovakia, Poland, Serbia, Bulgaria, Ukraine, Russia, India, the Philippines, and Australia. 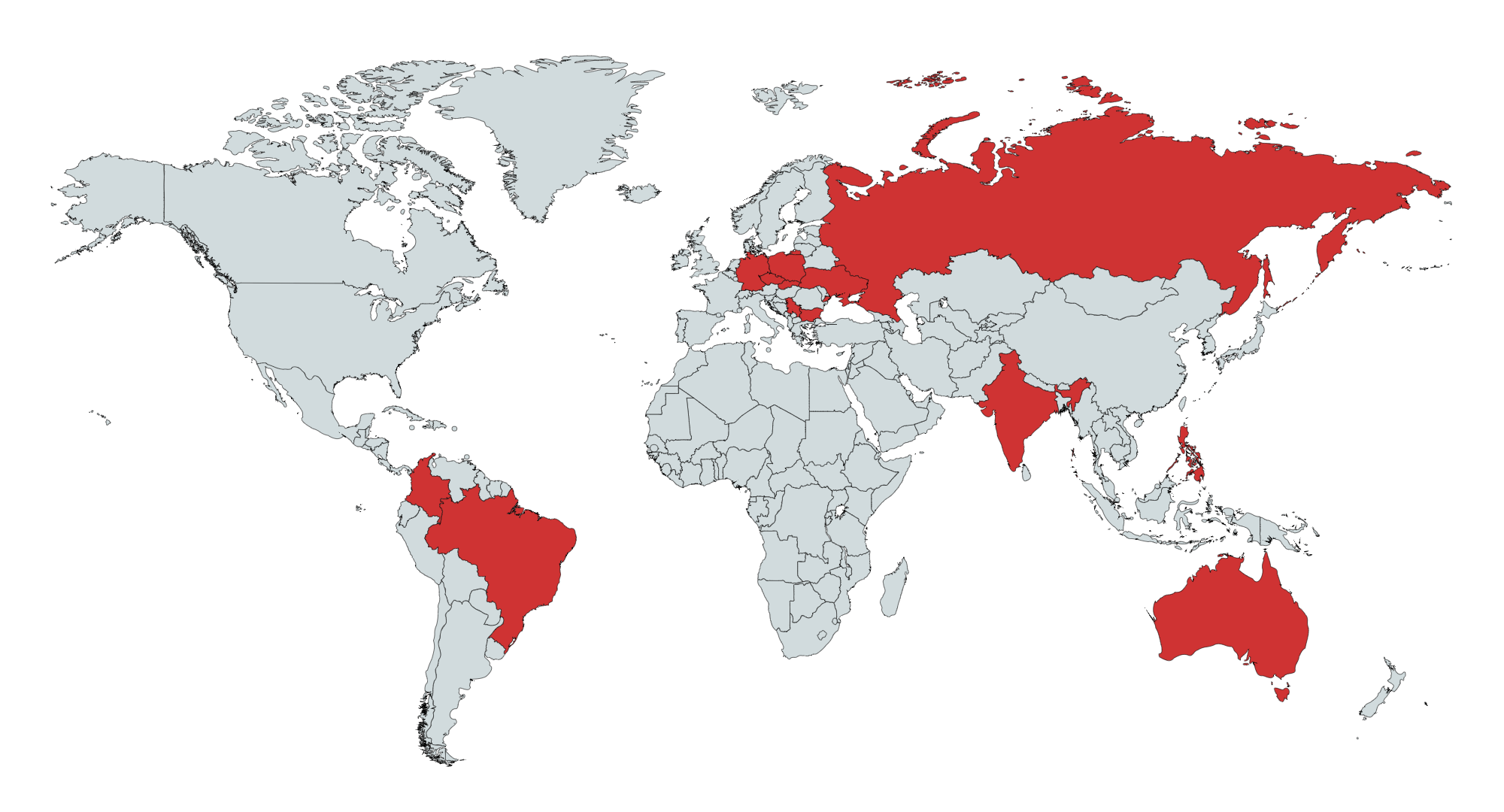 The main motivation behind hiring freelance software engineers remotely is the hope to cut on costs. It is true that remote specialists will most likely charge less than on-site workers, but there is an exception to every rule. It goes without saying that if you want to save money, you should hire from countries with a generally lower price level than your homeland. Advanced economies like Germany or Australia dispose of some of the world´s best developers, but senior software engineers can charge up to $80 USD/hour or more. Due to the excellent work conditions and salaries, developers from such countries are overall less open to remote job offers. Therefore, the world´s most popular outsourcing destinations are locations where prices and salaries are generally lower than in the West, for example countries in Latin America, Central and Eastern Europe, and Southeastern Asia. In some of the cheaper countries, such as Colombia, Russia, or the Philippines, hourly rates for junior and mid-level developers can be as low as $20/hour and $30/hour for senior developers. In Brazil, India, and most Central and Eastern European countries, hourly rates are significantly higher, but still affordable. By hiring from one of these locations, you can save a large sum of money and the developer can acquire a lucrative deal, creating a win-win situation.

However, there is one important advice you should keep in mind: do not try to save money at all costs! The cheaper doesn’t mean the better and you could end up with an albeit inexpensive but poorly executed project. Therefore, you should never compromise on quality just to save a few dollars. Always look for a balance of costs and skills and do not be afraid to pay a little extra for the assurance of quality. This doesn´t mean all low-cost software developers are of low-quality, but a suspiciously low rate should always raise a red flag and incite you to test the developer properly before hiring them. The same applies the other way around – not all expensive developers are necessarily top-grade, so again, do your research and make sure you know who you are hiring.

Another factor that can help you determine the overall, as well as individual, quality of developers in a certain country are the IT and computer science education standards. However, just like not all expensive developers are of good-quality, nor are all those with university degree.

There seems to be a correlation between economic development and the percentage of university-educated professionals. Countries like Germany and Australia have the highest percentage of developers who have graduated from college out of all the surveyed countries. On the contrary, the lowest percentage of university graduates are in Bulgaria, Ukraine, Brazil, and surprisingly the Czech Republic. However, it is possible some of the developers who do not have a college degree did go to college and just never graduated.

It is important to keep in mind not to generalize! There are some excellent developers who have never finished university or only went through retraining. Similarly, a university degree does not guarantee quality. Nevertheless, what we would advise to be cautious about are developers with no IT education whatsoever. Even though it is possible to self-learn to code at home, it is a skill better learned under supervision.

You should also consider the quality of IT educational programs in a particular country. Less wealthy countries tend to spend less on education, often resulting in a less advanced educational system and institutions. However, this trend is slowly shifting, as countries all around the world start to recognize the potential and importance of technical education.

Another important parameter to keep in mind is English proficiency, as English will most likely be the number one communication language between you and your freelance developer. In the IT industry, English is the go-to language, so software developers are more skilled in English than the general population. European schools and universities lay great importance on English classes, resulting in most Europeans speaking excellent English. The situation is similar in India and the Philippines where English is recognized as one of the official languages and therefore all educated professionals can speak English with ease. English is also the national language of Australia; however, the country´s overall proficiency is slightly altered by the number of foreigners living and working there. Still, virtually every Aussie, either by birth or by choice, speaks the language.

Nevertheless, there are still areas where proficient English knowledge is not the standard. Especially Ukraine, Russia and countries in Latin America are rather behind when it comes to English. But do not be discouraged by this, English is something you can easily test during the screening process.

You should also base your choice of outsourcing destination on its tech diversity and the type of developer you are looking for. Some countries have proportionately more frontend, backend or mobile developers than others, making the number of skilled people to choose from significantly larger. However, you should also calculate in the overall number of developers in the given country. For example, even though Poland has a smaller percentage of backend developers than Serbia, there are over 250,000 developers in Poland, compared to only 35,000 in Serbia, making the potential Polish talent pool much larger.

Without a doubt, the most common are fullstack developers. The biggest portion of developers in almost every country know both frontend technologies, such as JavaScript, TypeScript, Angular, or React, as well as backend technologies like Java, PHP, Node.js, .NET, or Ruby on Rails. In the recent years, mobile development significantly gained on popularity, reflecting the rise of global demand for Android and iOS developers. This trend is especially visible in European countries like Germany, the Czech Republic, Slovakia, Poland, and Serbia.

Outsourcing software development can be incredibly beneficial for you and your company, but it is also a quite challenging procedure, especially when you are new to it. Just by making the time to do your research you are already taking a step in the right direction. There are so many variables to keep in mind and stigma to fight that the process can be a little overwhelming at first. However, if done correctly, it can save you time, money, and energy and broaden your horizons on top of that. If you are worried you may not be able to manage the remote hiring process by yourself, you can always work with an agency, such as Hiremotely.com