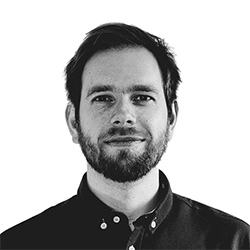 Would you like to chat with Kasper before hiring him?

I have more than 7 years experience in software development, mainly centered around iOS application development. I am also experienced in team management and new hirings as well as technical guidance and mentoring.

I have been involved in all steps needed to produce an app, ranging from idea development, project management to team management. I have personally uploaded over 35 apps to the Apple App Store. Portfolio listed below contains only some highlights of my work.

Spec, UX and implementation of iOS client of a new betting platform, built from scratch.

▸ The app is focused on low latency and high security which was obtained using ZeroMQ, Google Protocol Buffers, HMAC-SHA256, Realm and AsyncDisplayKit

Led a team that grew to 13 junior to senior developers across Copenhagen and London, while still actively developing iOS applications 70% of my time.

E-boks
▸ The system through which all information from governmental and financial institutions is being sent to DK citizens. 2+ million App Store downloads.

Joining a team of 3 iOS developers, I worked on 30+ apps. I was technical lead on the majority of the projects, which among other things included: Writing API spec for backend developers, making sure technical possibilities were synced across platforms for consistency, being single entry-point for Project Managers, flagging any potential time-sinks not accounted for in estimations and choosing appropriate technologies for the task.

Hamlet-Aleris Private Hospital, iOS (Unavailable)
▸ The app enabled women to take a picture of themselves and subsequently adjust some controls to see how they would look after a breast augmentation operation.

Schweppes Moments
▸ The app enabled people to upload short 5-second videos shot in the app. 6 different filters could be applied to the video clips.

Robeat Boys Platform Game, 2015, iOS
▸ As a promo for the release of Danish Electro Duo Robeat Boys’ single Never Take You Back I built a small 2D Platform shooter. I created my own game engine using OpenGL and custom physics for the game.