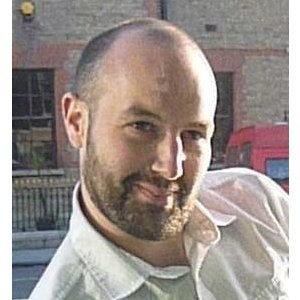 Would you like to chat with Richard before hiring him?

Proven intellect who can excel in any field. Immense reasoning and problem solving skills. Highly motivated candidate who would suit a position requiring ingenuity, hard work and reliability. Productive in both team based and self managed projects. Dedicated to maintaining up-to-date industry knowledge, skills and best practices.

Raw Biscuit develop the SaaS Pitch22 product. This product offers football clubs an easier and better way to administer their operations. The product is currently being used by all teams registered under the Maltese FA. I was involved in updating and maintaining the backend side of the software. I was responsible for updating many of the slow Restful API’s in the system. This provided a great boost to the usability and performance of the platform. I also was responsible for updating backend models and database structures when client’s demands changed. I introduced fellow co-workers to software development workflows and tools such as jira and git. A smartphone app and financial module were added to the product in my time there.

While working at Creme Global I was mainly involved in two projects; CremeFood and Food4Me. Food4Me is an EU funded research project consisting of 25 partners from 12 European countries. My role was to create, update and maintain any software needed for the project. During the project I was constantly in communication with several different research groups to make sure that everybody understood and was happy with the direction the software was taking. The software consisted of an online survey which included an FFQ (food frequency questionnaire) and other related dietary questionnaires. From this information the software calculated a participant's nutritional intake and could give automated feedback on a personal level based on a participant's biochemical, phenotypic and dietary data. I was also involved in the CremeFood development team. The CremeFood tool uses a probabilistic approach to calculate total aggregate exposure of substances such as contaminants, additives and flavorings to different populations. My role in this project was mainly to liaise between the development team and the modeling and statistical team to make sure that the models that the models developed by the statistical team were being implemented properly by the development team. This was a natural fit for me due to my strong background in both areas.

I worked for Spearline Labs as the primary developer on their uDial solution. uDial is a real time web based app where users can test problematic telephone numbers in their telecommunication infrastructure. A user dials a number from the GUI. The call is routed through a server to a local PSTN. Audio from the call is relayed to the user and the status of the connection is displayed. This was my first role as a professional developer and I quickly picked up tip, tricks and all the necessary skills needed to succeed in creating the required tool.