We've prepared a list of 6 must-have skills you need to look out for if you want to get the best from a blockchain developer in today's industry.

Talking about blockchain has become the latest trend, and companies worldwide are already investing millions.

If you want to position yourself to be ahead of the game in the future, you'll need to understand blockchain and get the best talents in your corner. It's where digital transformation is headed next.

But there's a problem

As with any new technology or market, finding the perfect blockchain developers with the right knowledge and skills can be challenging for employers.

The need to find top-quality blockchain developers is particularly acute for companies or projects working on their blockchains, which require several additional skills and knowledge on top of just writing smart contracts.

The good news is that there are some essential skills that all blockchain developers should possess.

This one is a given. You can't expect to be a successful blockchain developer unless you understand how decentralized networks work.

What is blockchain technology? Blockchain is a distributed database that allows for transparent, secure, and tamper-proof transactions. It works by using a peer-to-peer network to approve transactions, removing the need for a middleman. This concept makes it ideal for businesses looking to cut costs and improve efficiency.

So, if you're looking to hire a blockchain developer, make sure they possess this skill set.

Additionally, the candidate should demonstrate their knowledge of multiple blockchains. For example, building an application for Ethereum won't be the same as doing so for Cosmos. Understanding the various types of blockchains and their respective use cases is essential.

To end, the developers should know core blockchain development concepts such as consensus algorithms, security for peer-to-peer networks and distributed ledger technology, etc.

2. Proficiency in at least one high-level programming language

C++, Golang, C#, JavaScript, Solidity, Python, Ruby, and Java are considered some of the most popular programming languages for blockchain development. Bitcoin, the popular cryptocurrency, was initially built using C++.

Except for Solidity, which is specific to Ethereum, all the other languages are general-purpose programming languages that developers can use for multiple purposes.

Irrespective of the case, a great blockchain developer should be a top-level coder in one or more of these languages.

Looking for excellent blockchain developers? Check the editor's pick for this week. 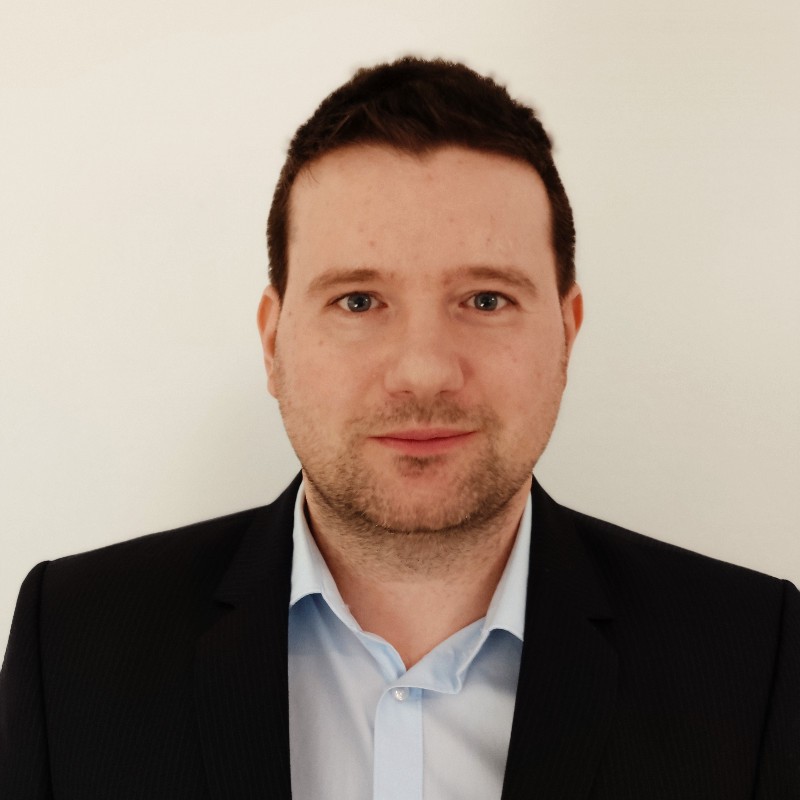 Patrick is a senior blockchain developer who has been working with blockchain technologies for about 5 years. He has worked Show more 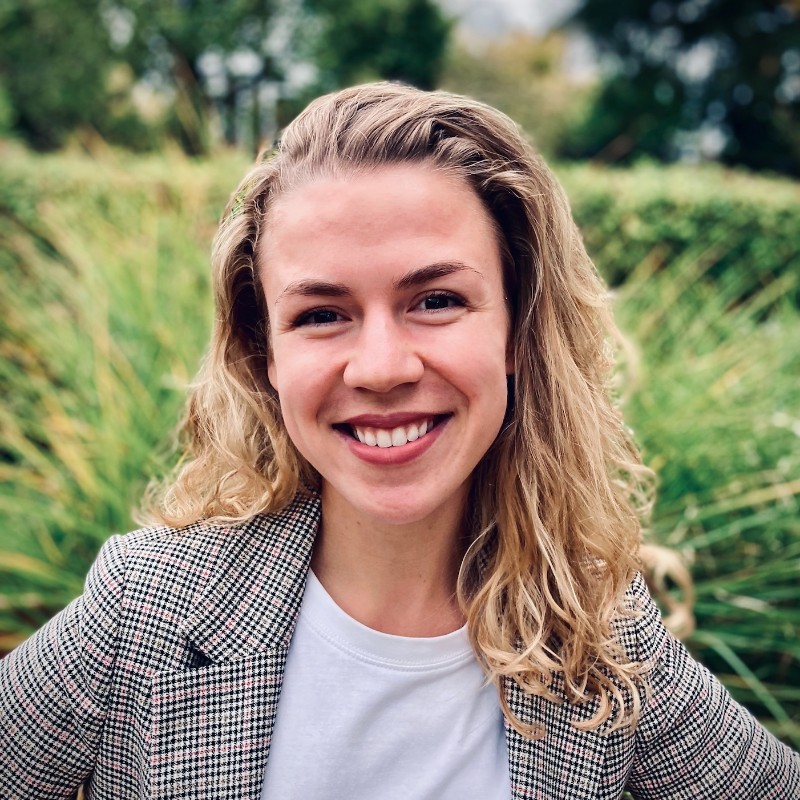 Blockchain technology is secure because it relies on cryptography. So, to be a good blockchain developer, you'll need to have a strong understanding of cryptography and security principles.

Cryptography is the practice of protecting information using techniques that are very hard to break. This makes it impossible for any third party to interfere with the data being sent between two parties, and in some cases, the sender and receiver of the data. To put it simply, cryptography is a way to keep information secure without relying on a third party.

As blockchain technology evolves, more and more businesses will require developers with a deep understanding of cryptography and security principles. So, make sure the blockchain developer you're considering has this skill set.

Blockchain technology is a decentralized system that means no single entity has control or power over it.

In that vein, understanding how distributed systems and peer-to-peer networking works is essential for developing blockchain applications.

Distributed systems mean networked computers communicate and coordinate their actions by exchanging messages with one another. In other words, the system is decentralized, and there is no central control or point of failure.

In a blockchain network, all nodes are peers, and this lack of hierarchy means no central point of control, failure, or weakness. As a blockchain developer, you'll need to be familiar with these concepts.

Smart contracts are self-executing contracts with the terms of the agreement between the parties written into the code.

They are digital contracts that contain all the terms and conditions of an agreement between two or more parties. Once the contract is deployed, it runs autonomously without third-party involvement.

Developers who understand how to write smart contracts will be in high demand in the coming years. So, it's important to keep this in mind when you're hiring a blockchain developer.

6. Familiarity with Algorithm and Data Structures

Blockchain is a data structure based on cryptography. UTXOs (for Bitcoin network) and account/balance (for Ethereum network) are the two most popular blockchain database types. Blockchain developers need to be familiar with these concepts and how data structure works.

Algorithms are a series of instructions that tell a computer what to do. They are used to solve problems and perform tasks. Popular consensus algorithms in the blockchain industry are Proof of Work, Proof of stake, and Delegated proof of stake algorithm.

A blockchain developer should be able to write algorithms for the following purposes:

Benefits of Hiring a Blockchain Developer with the right skillset

When it comes to finding a blockchain developer, hiring someone with the right skills is essential for success. Not only do they need to understand blockchain technology, but they must also be proficient in one or more high-level programming languages.

When looking to hire one, it's important to do your research and find someone with relevant skills.

In addition to these essential requirements, a blockchain developer should also have a deep understanding of the business context in which your application will be used. Additionally, having an entrepreneurial mindset can help you take your blockchain application to the next level.

Tips for success when hiring a top-rated Blockchain developer

Some things you may want to consider include:

1) What is the blockchain developer's approach to problem-solving?

A great hire will proactively reach out when they run into issues. You want a creative, technically savvy developer willing to put in the extra time to get things right.

2) What are they passionate about in the industry, and does it align with your organizations' values?

If you have a blockchain developer who is passionate about similar things, this can help to strengthen your application. It is simple, really - you don't want an antagonist on your team.

3) Do they have references in your industry or related industries?

A good sign is working with other companies in a similar space. This history not only indicates that they have the skillset to work in the blockchain space but that if they were a good fit for those companies, they'd likely be a good fit for you too.

4) How well does the blockchain developer get along with others?

This is an essential question, as a blockchain developer will need to work closely with other teams within your company. Personality fit is just as important as skillset - you don't want to hire someone who won't mesh well with your team.

Bottomline on the right cultural fit

Cultural fit is really important, and it's not something that you can necessarily assess from a technical skills standpoint. Do they communicate well? Are they proactive? Do they get along well with other team members? Do they share your company values? If the answer to these questions is yes, then you've likely found yourself a great blockchain developer. 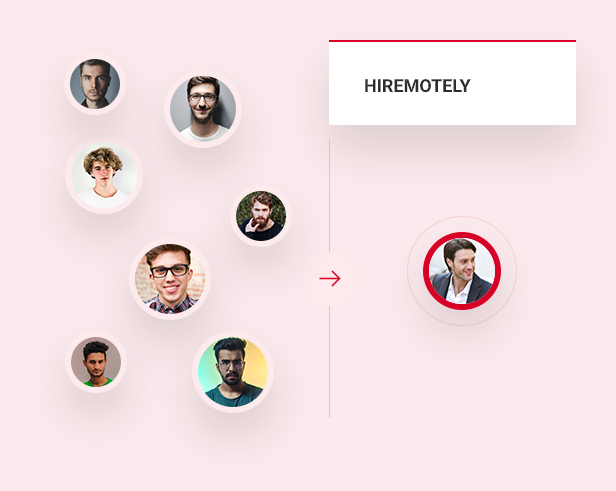