India is the software development hub of the 21st century. Software development is considered a prestigious white-collar career, luring hundreds of thousands of students to take engineering courses every year. Despite India’s reputation as a country with cheap labor, only a minimum of freelance software developers will charge under $20 USD/hour and the majority will ask for anywhere from $20 to $55/hour. Still, India is probably the most controversial country to outsource developers from. Some love it and recommend it, others absolutely despise it and deter from it. 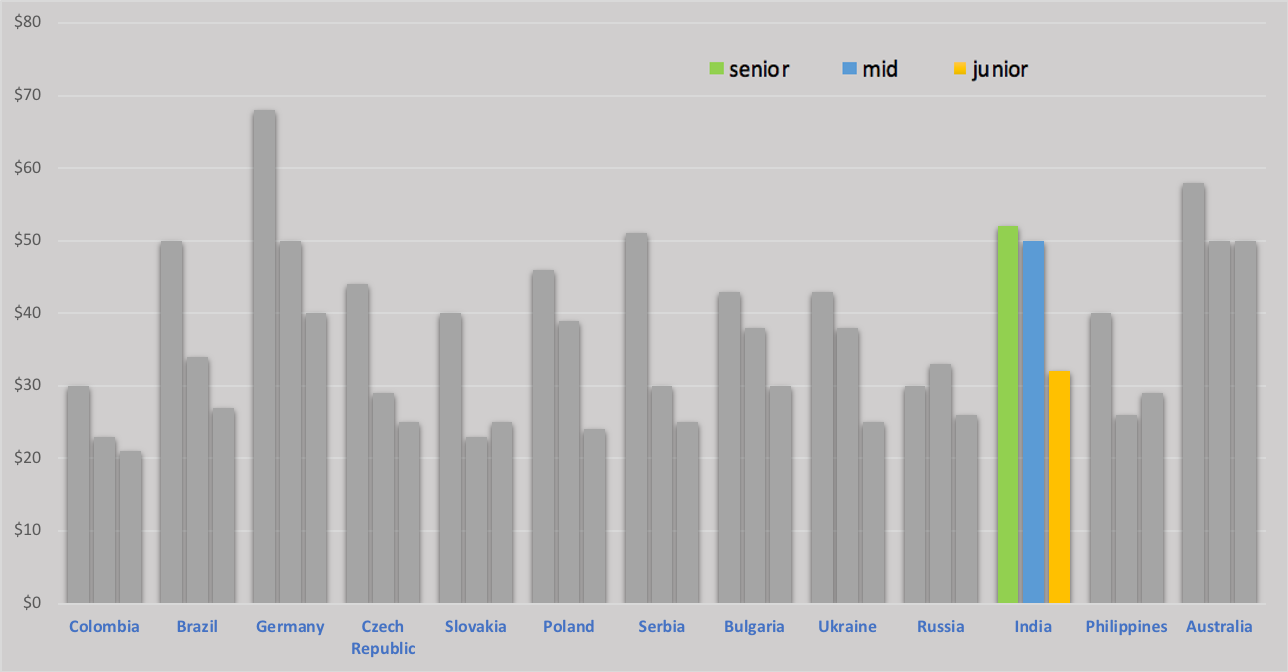 With population of nearly 1,5 billion, India has the potential to become the leading country in offshore software development. The rapidly growing population created a large talent pool as well as the youngest development cohort in the world. Over 95% of Indian developers are aged 18-35 and almost all of them have completed some IT related education, and 80% of them have graduated from college. Around 200,000 new software developers enter the workforce annually. However, many of them decide to pursue an IT career only due to parental pressure and do not actually have much of interest in development. Their lack of enthusiasm then leads to them working mechanically, without much understanding of their work, and making mistakes in their code. Despite the high percentage of college graduates, some point out the ineffectiveness and rigidity of the Indian education system, causing the graduates to obtain outdated information.

The area of expertise of Indian software developers is distributed fairly evenly. Around 30% are fullstack engineers, 30% frontend engineers, and 15% focus each on backend and mobile development. 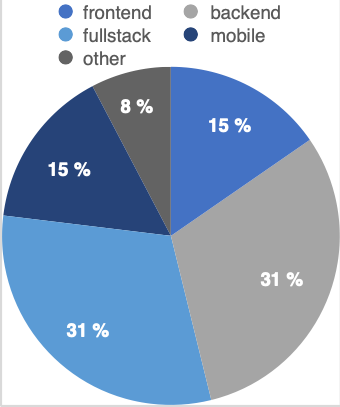 A major advantage of hiring a freelancer from India is the language. Almost 125 million Indians speak English, making India the world’s second largest English-speaking country after the United States. 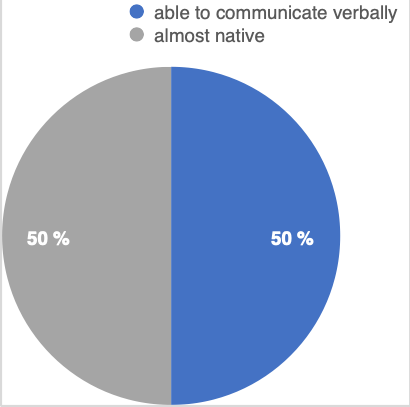